Sprinkleshell is a turtle with a cyan body and Color Bomb-resembling shell. When a player starts a level, his head is shrunk. An energy bar under him is needed to be charged. The way to add his power is to "feed" him with cyan candies (

). When the power bar is full, Sprinkleshell will wake, and you can click him to clear a color of your choice. Sprinkleshell will eat the candies. It is nearly like the combination of a color bomb and a regular candy without costing a move in a similar fashion to Pepper Panic Saga's make your own match powerup. 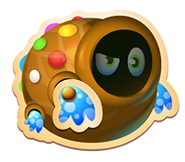 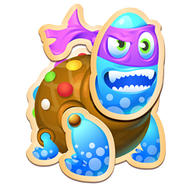 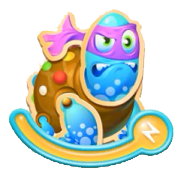 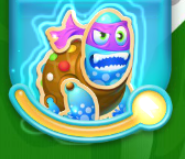 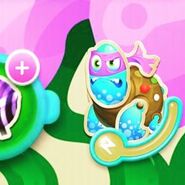 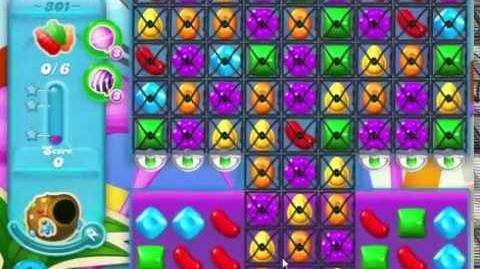 Sprinkleshell behind the drama.
Community content is available under CC-BY-SA unless otherwise noted.
Advertisement