A special candy is an unofficial name for a candy that has powerful effects once cleared and matched. Upon activation, its power will destroy more candies and yield a much greater score than a simple match of three. They can also be matched when just 2 special candies are side-by-side; the match will produce a very powerful effect much stronger than if they are activated separately.

These are all special candies and their combinations in Candy Crush Soda Saga. Each has its effect, which can help a player pass a level.

If the player joins any 2 special candies next to each other, they will cause an even better effect. The following shows the effect of some combos. 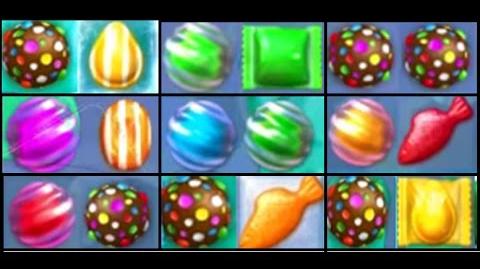 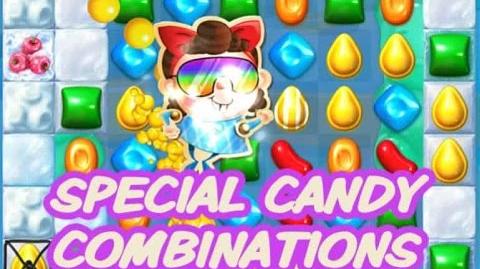