Coloring candy is one of the special candies in Candy Crush Soda Saga. It is the most powerful special candy in the game and it is the most difficult to create. Unlike Color Bombs, Coloring Candies have color to them. Thus, they take a color of the candies that were used to make them, so they will simplify the board and increase the chances of making another powerful candy combination.

A Coloring Candy is one of two new combinations that were added by the game developer and is not available on Candy Crush Saga.

A Coloring Candy is created when 6 or more candies (including special candies and bottles) of the same color form a straight line of 5 with, at least, one candy adjacent to the middle (3rd) candy in the line. When formed, 280 points are given to the player.

Only one possible candy arrangement is possible through direct matching. Given a line of five candies, the four outer ones must be of the same color, but now both candies beside the central candy in the line must also be the same color as the four outer candies. It is hence a stronger version of the Color Bomb, which is formed in a similar way, but with exactly one side candy.

Matching a Coloring Candy with, at least, two candies or bottles of the same color will activate it. The Coloring Candy will burst and then spew out its coloring bubbles on all candies (including special candies and bottles) of another color you have switched, thereby coloring them into its color. If the switched candy has the same candy as the Coloring Candy, or if the candy has been triggered by a cascade, it will color the most dominant candy color other than its own.

In addition, coloring candies can be activated when swapped with a regular candy or bottle. Therefore, similar to Color Bombs, their mobility is limited. It is not possible to move a Coloring Candy on the board without activating it.

Swapping with Regular Candy or BottleEdit

When a Coloring Candy is swapped with a regular candy or bottle, the Coloring Candy will burst and then spew out its coloring bubbles on all candies (including special candies and bottles) that match the color of the swiped regular candy/bottle. As a result, the affected candies/bottles change their color to that of the coloring candy forming various matching combinations.

If the swapped Coloring and regular candies (or bottle) are of the same color, the candies/bottles of another dominant color on the board will be affected.

Rainbow Kimmy : Mix it up-love all!


Combine a color bomb with a coloring candy (1 time)

Icon of Coloring Candy when loading.
Add a photo to this gallery 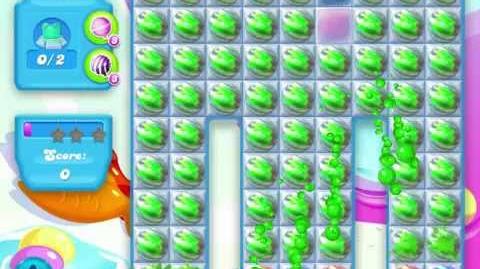 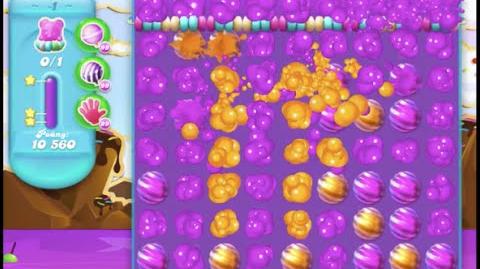