Chocolate is a blocker in Candy Crush Soda Saga, introduced in Level 76 due to a redesign. It only appear in Chocolate Levels.

It is among the most evil blockers as it spreads every move you do not clear it. It can also avert specials. Chocolate can be eaten by breaking the candies adjacent to it, or through any special candy's effects reaching the chocolate. 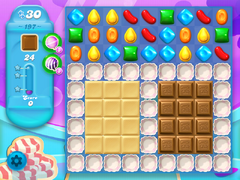 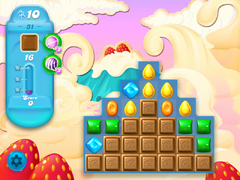 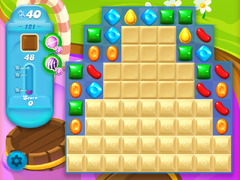 Now THAT’S how you clear the chocolate. 💪🍫
Community content is available under CC-BY-SA unless otherwise noted.
Advertisement