Frosting bears are found in Frosting levels. They are found under Frosting. They can occupy 1x2, 2x4, and 3x6 spaces. When all the Frosting in front of the Bear has been removed, the bear will come out and is collected. When found, it will destroy all candies and liquorice swirls in front of the Bear and reward points depending on the size of the bear. It rewards 2000 points multiplied by the number of tiles it covers.

Bubble Bears are found in Bubble levels. Bubble Bears can be swapped and falls like candies but cannot be destroyed by matching or special candies. If it enters a Candy String tile which is the row of tiles above the visible string, the bubble will pop and the bear will be collected. Each Bubble Bear collected rewards 6000 points. 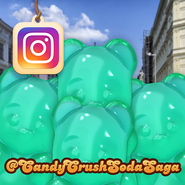 Want to know what the Candy Bears are up to when they're not being rescued from the soda?
Follow them on Instagram! 😊 --> 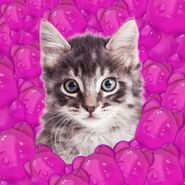 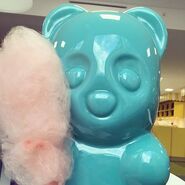 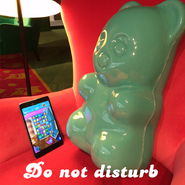 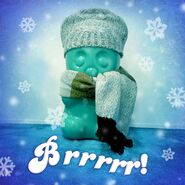 Oh nooo! Someone is stealing the Candy Bears! 😱 Work your magic and help Stella defeat Wilbur in the upcoming King game! 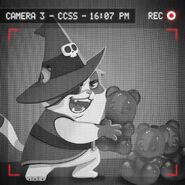 HA! There you are! We finally caught that no-good Candy Bear thief. Meet Wilbur! The Candy Bears sure don’t like him much…
Work your magic and help Stella defeat Wilbur in the brand new Bubble Witch 3 Saga ! 💫 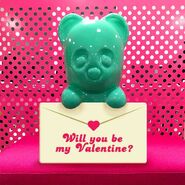 The candy bears have a question for you... 💕 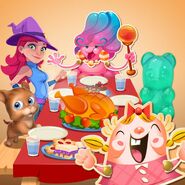 We're thankful to have the sweetest players join us on this Divine journey. Thank you for playing 🍭
Add a photo to this gallery 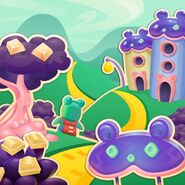 Bear in bubble levels (inside)

Bear in bubble levels (outside)

Bear in honey levels (when it's trapped)

Bear in honey levels (when it's released)
Add a photo to this gallery
Retrieved from "https://candycrushsoda.fandom.com/wiki/Bear?oldid=205176"
Community content is available under CC-BY-SA unless otherwise noted.